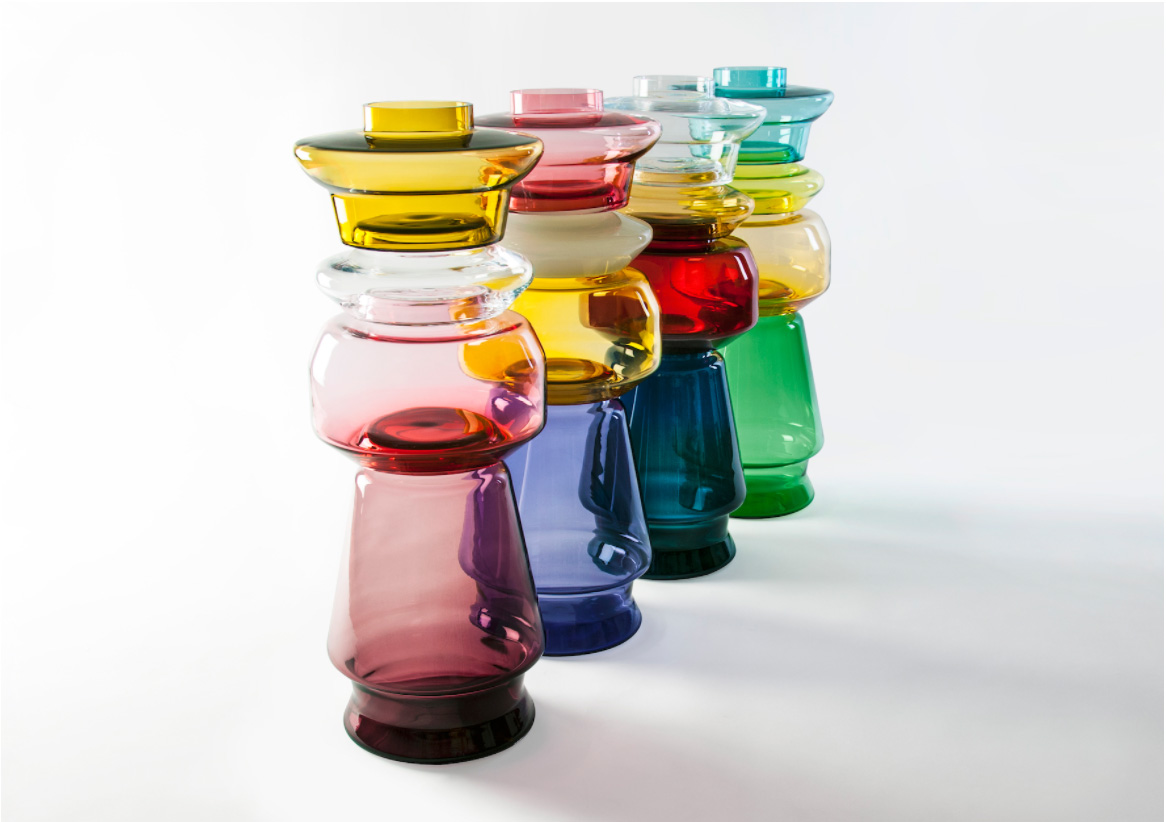 The process of Nouvel’s Katsinas started some time ago, when the sculptor worked on some wooden Kachinas. He used a lathe to form the wood and later he decorated them with thread; with this previous experience, the result in glass was very easy to imagine for him. After, for the glass sculpts, he thought on making a modular object something that can be moved, displayed in different ways and that could be combined or arranged in different ways.

Even though the colour and size of the modules were decided in a very intuitive way, the final result is also a practical and technical solution –some colours are not good for big pieces, some colours vary to much from one lote to other, some are just too unstable, etc.

With this glass pieces, Orlaineta wanted to acknowledge the native American culture of the Hopi and Zuni Pueblos, without appropriating their art. 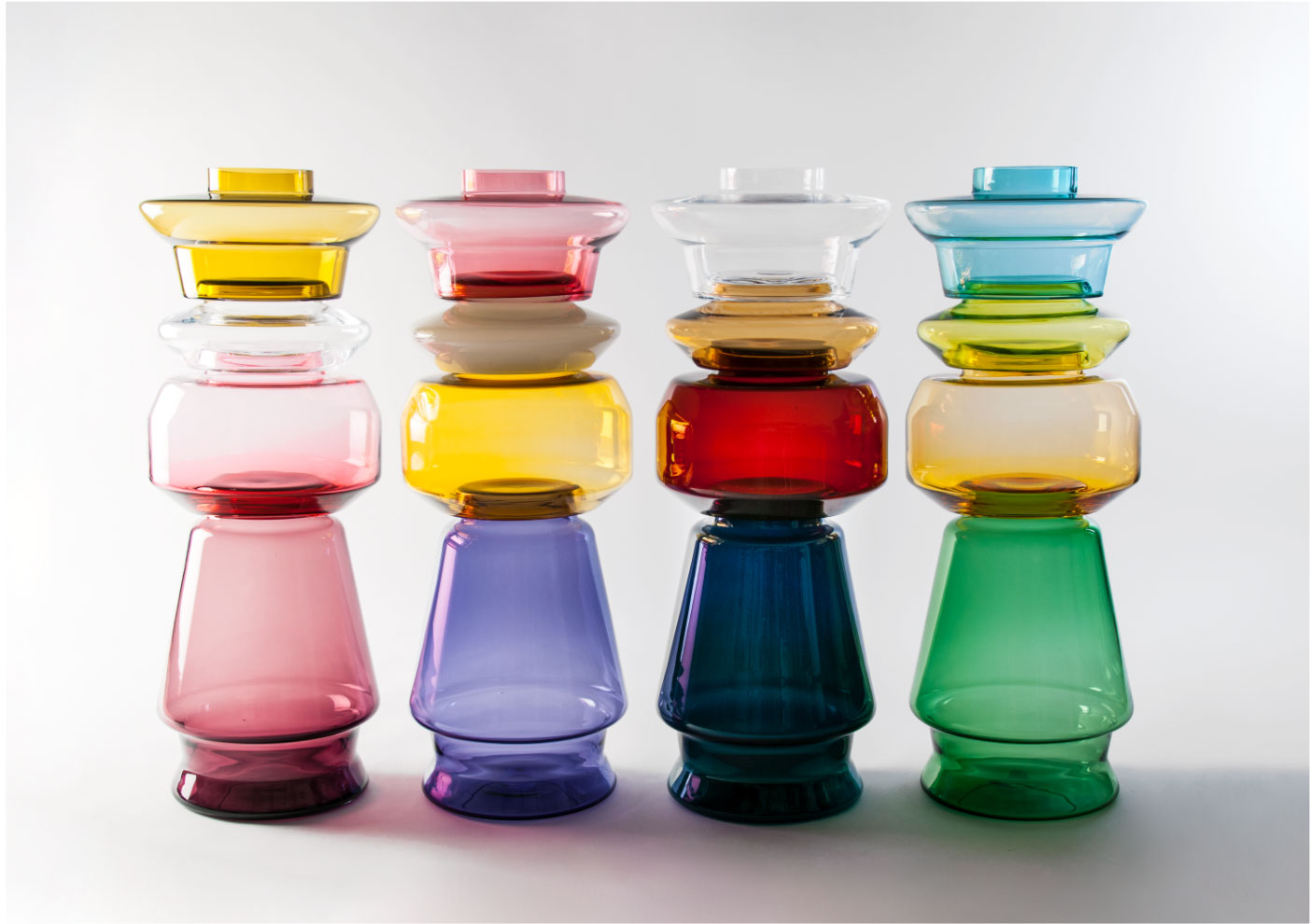 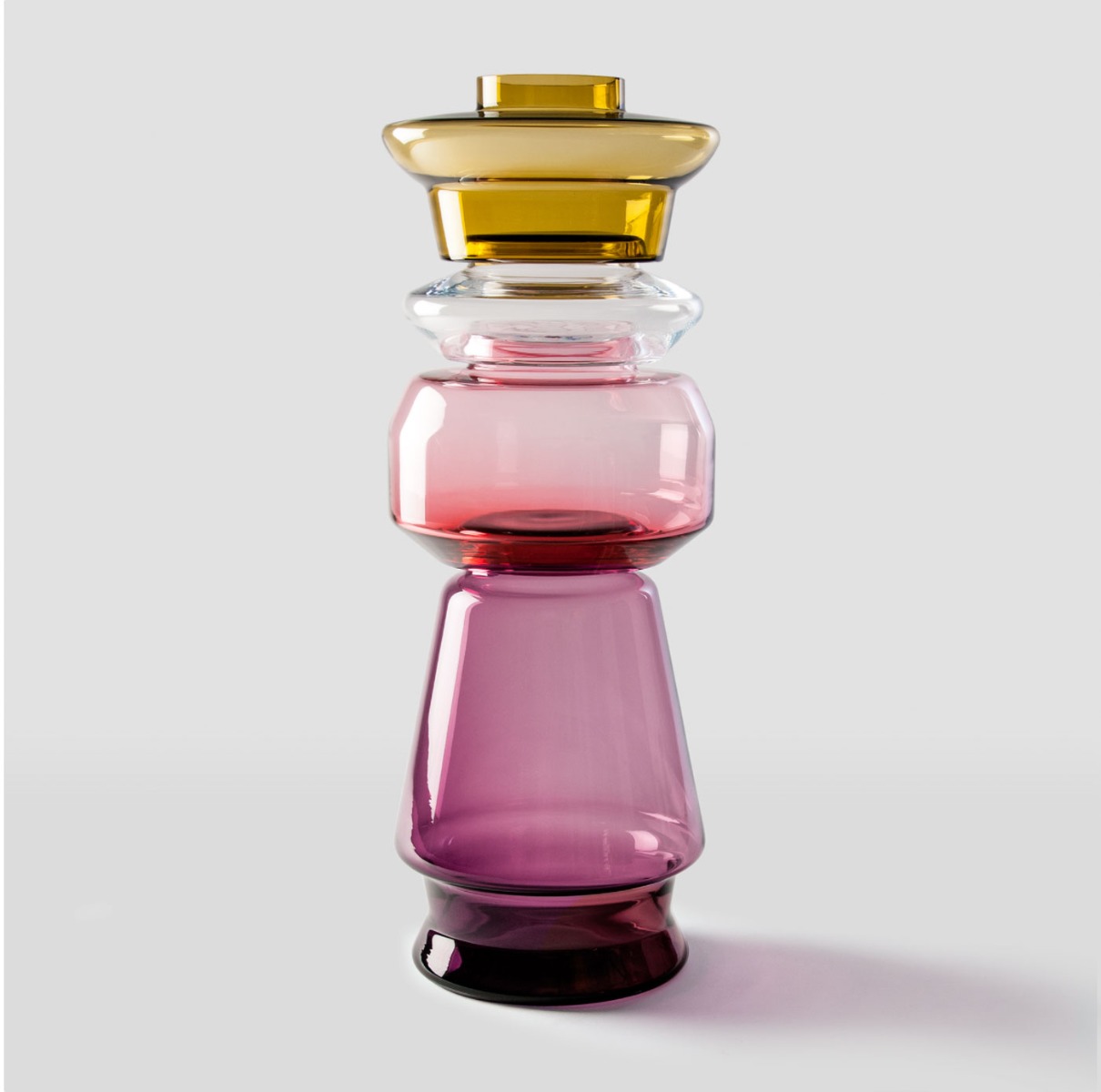 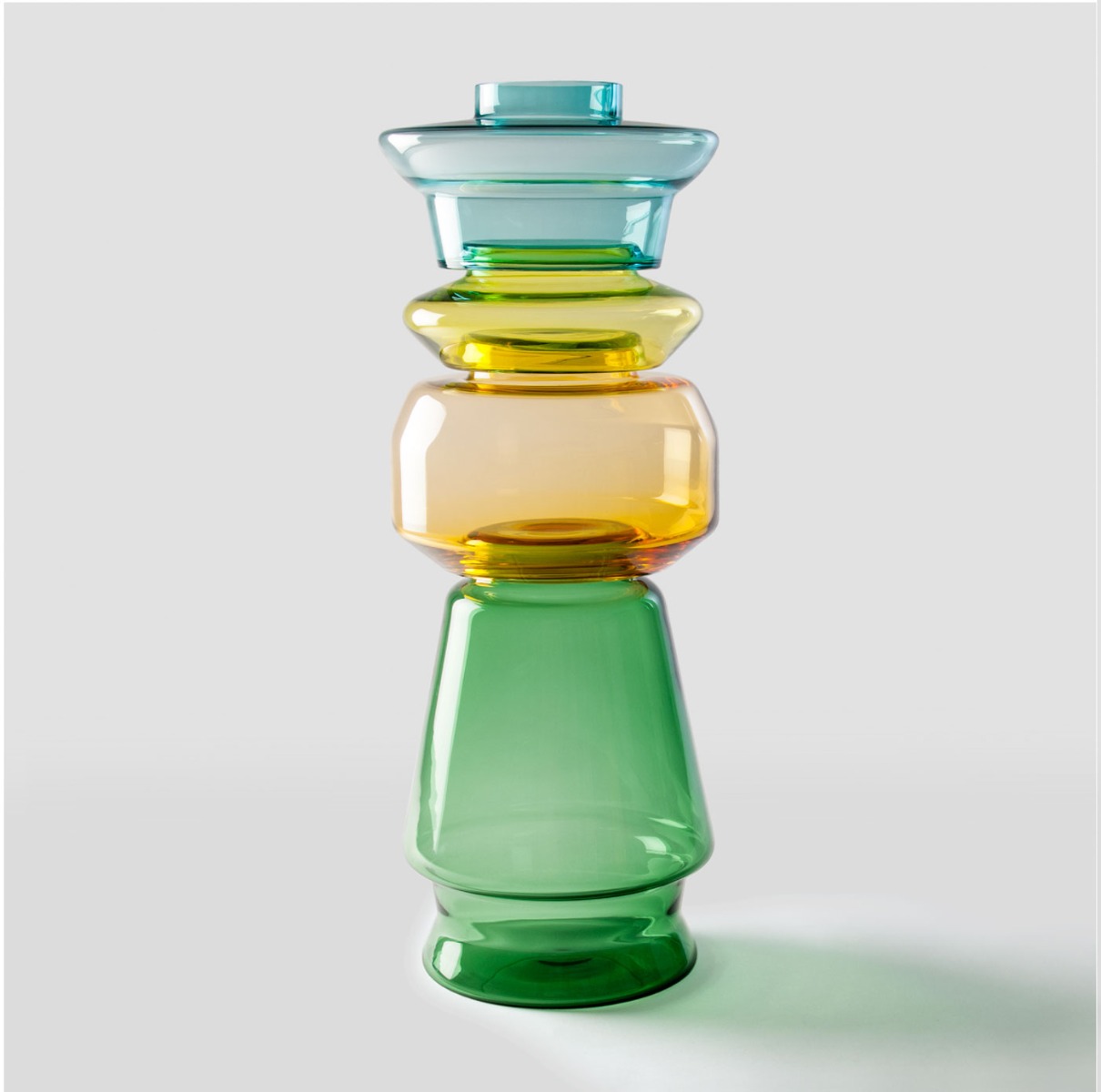 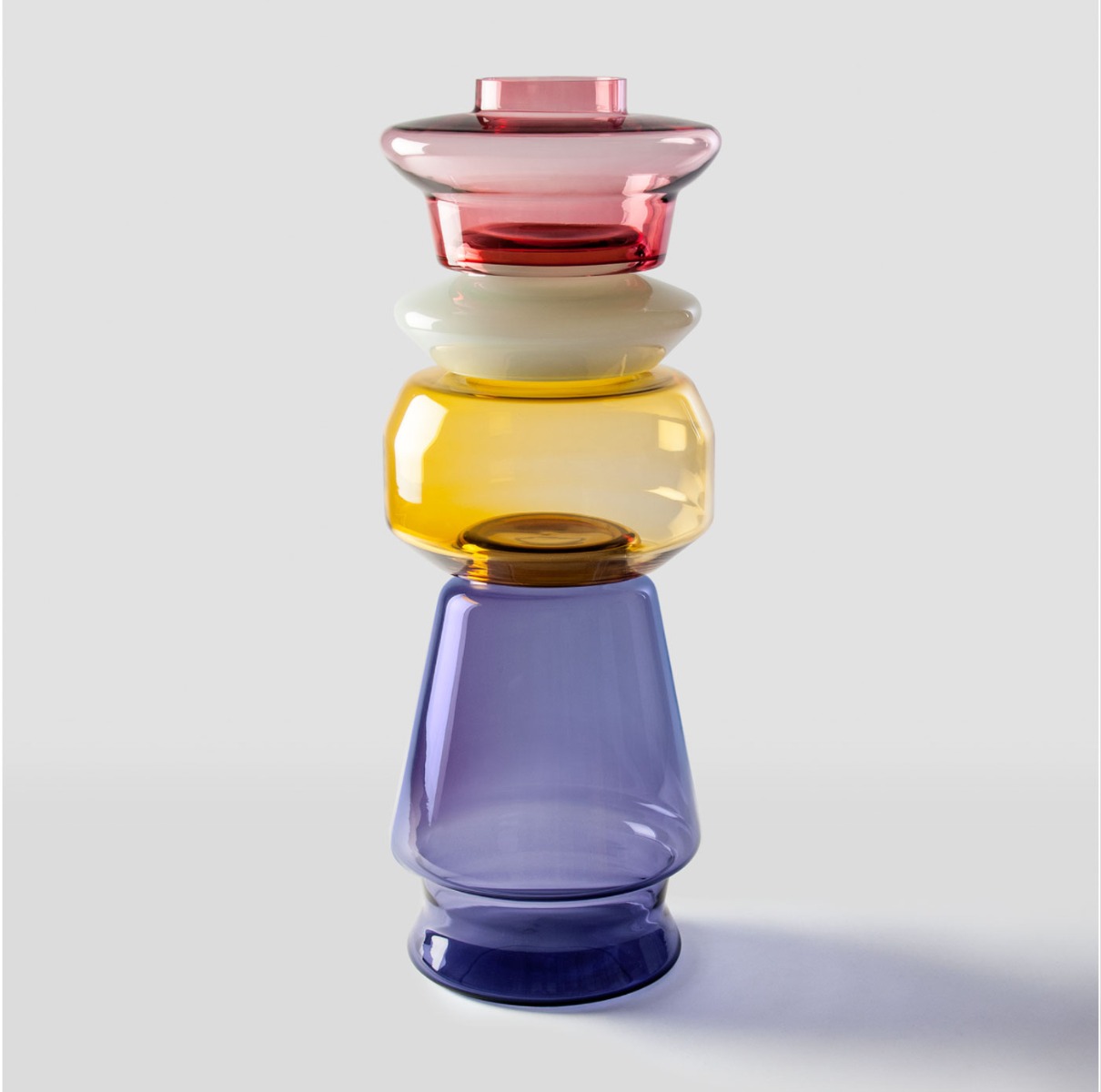 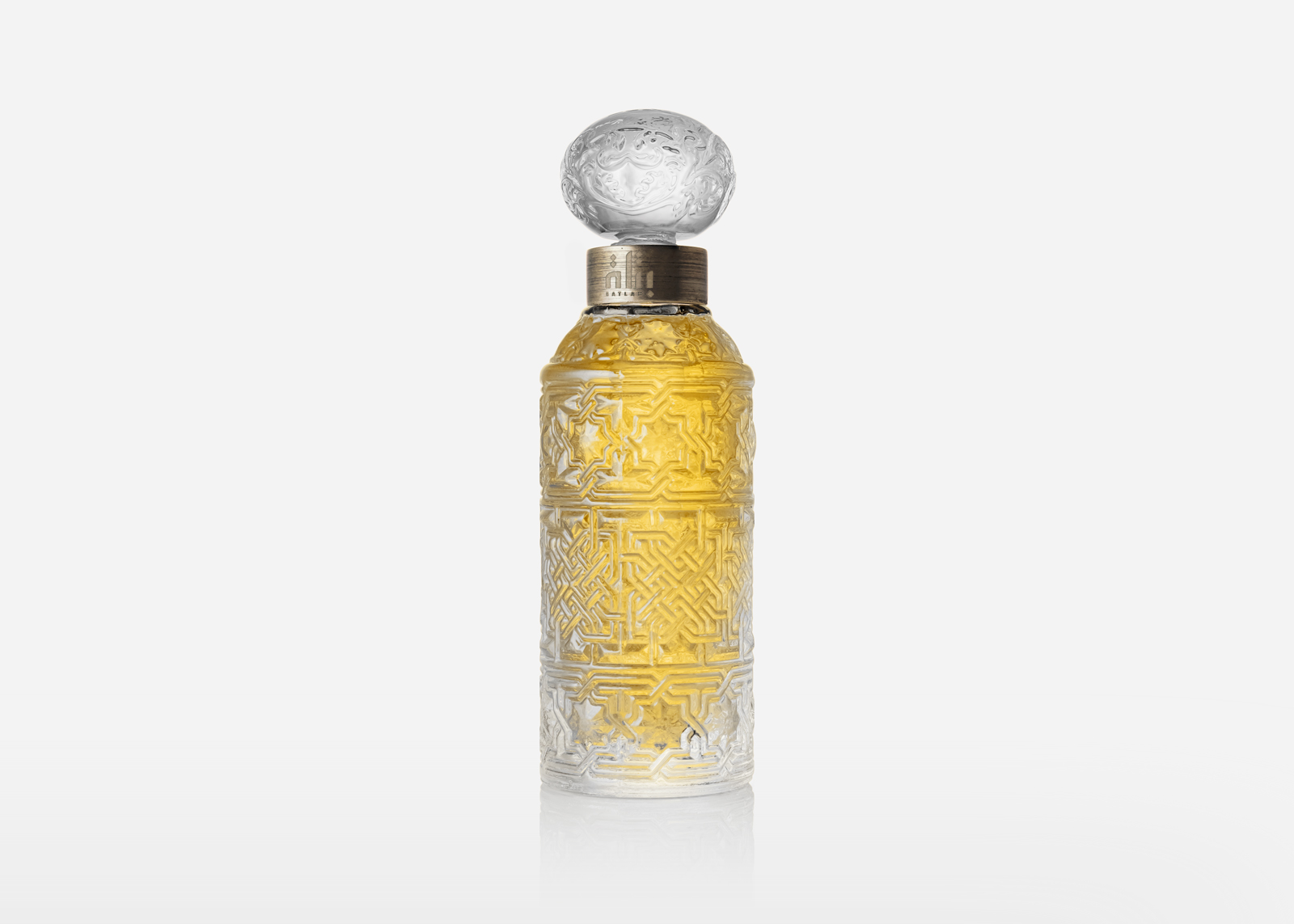